Ten months ago, at 34 1/2 years old, I began to run. Although this was an entirely new activity, it wasn’t a momentous decision that stands out in my memory. It was a vague desire for a fresh exercise routine. It was frustration with my body and a need for an energy outlet. It was a craving for alone time that was genuinely beneficial, not pampering. It was a wondering what I might be capable of if I tried. 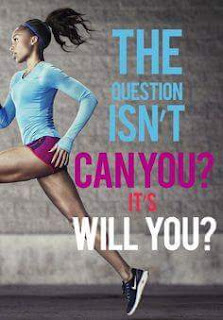 Ten months ago, I could jog half a mile before requiring an interval of walking. Two days ago, I ran a full 10K race.

No walking. No stopping. I ran 6.2 miles. Ten months ago, this accomplishment was not even in my sights. The suggestion of it would have evoked laughter. Yet here I am, able to say I did it and beginning to think about when I might do it again and how much better I could do it the next time around.

What’s your “I wonder if I’m capable of this” scenario? You know you have one. Maybe you have more than one.

Here’s another of mine: Ten years ago, give or take a few months, I began writing a story. That, in itself, was not a new endeavor. I’d written the starts of several stories. I’d toyed with the idea of writing a book. I lived for 20+ years with the persistent desire to write but without the gumption to pursue it at full tilt. Then ten years ago, I started this story. Unlike with the others, I didn’t stop.

After 1 1/2 years, I had a legitimate first draft of a 126,000 word novel. Now I have a book publishing contract for my much revised, thoroughly edited, still imperfect 102,000 word draft of that story.

Today is someday. So is tomorrow. Whatever the reasons for your waiting, there are reasons to begin.

The incredible thing about trying is the way it snowballs. Efforts made produce belief in possibilities. Goals met give birth to new goals. Pride in accomplishments erodes doubt in yourself.

One of the hardest lessons I had to learn along the routes of both of these accomplishments is I have no idea what I am capable of. None of us do. Persevering toward the finish line of a goal is the only way to chip away at that ignorance. Then, when seemingly impossible goals are reached, a continued awareness that you still don’t know your full capabilities will drive you to continue choosing now over leaving it to someday.